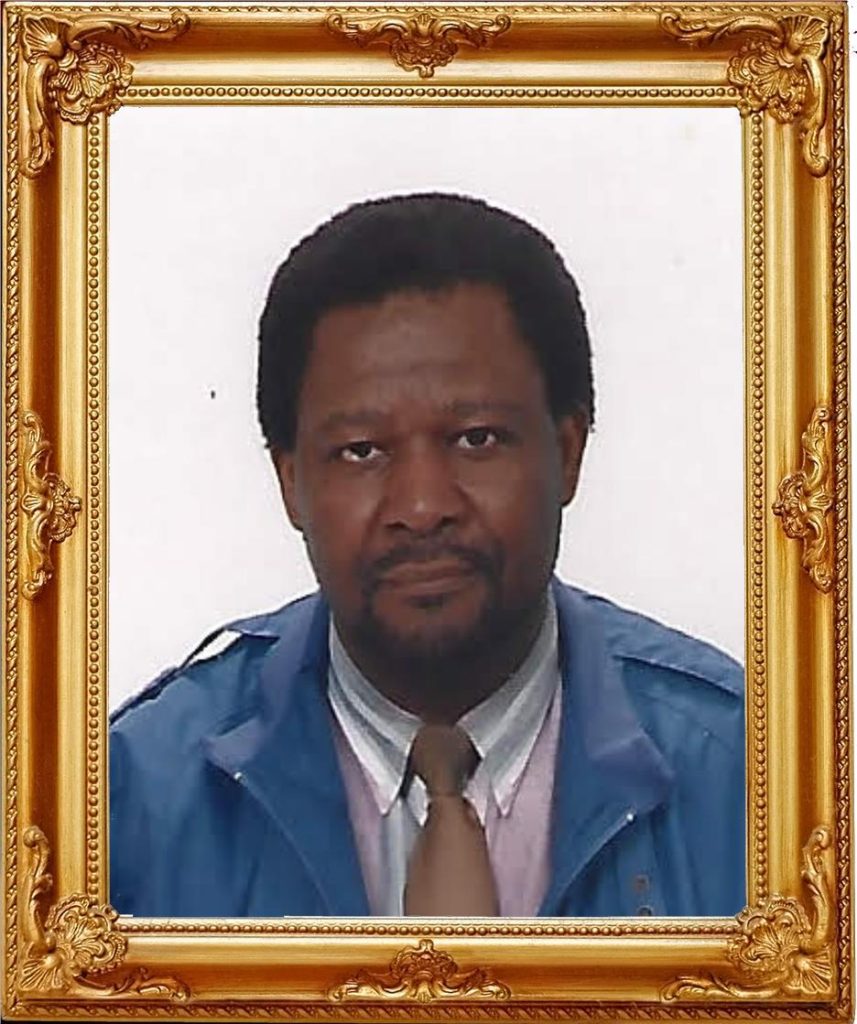 Eustace Hiram Graham was born on April 17, 1935 in the village of Greens St George on the island of Barbados. The son of Samuel Hiram Graham and Colvin Mabel Mosley. Eustace was the grandson of Hiram Napoleon Graham and Wilhelmina Laura Graham.

His two sisters Norma Cynthia King Graham of Hastings Christ Church, Barbados and Enid Larraine Byer of Chicago, Illinois preceded him in death.
As a baby boy, Eustace was sickly. His paternal grandmother, Vilhemenia Graham, who lived under The Mount Hill raised him. She lived nearer to Dr Muir, who practiced in the nearby village of Bottles. His formative years were under the supervision of his uncles under the Mount Hill, Perceval (Percy), Nathaniel (Tanny), James, and Elliott. There were two aunts, Beatrice and Rita.

Eustace at the urging of his parents, left Barbados at the age of twenty in 1955 to study engineering in Birmingham, England. He sailed on the Luciana. He joined a friend of his father who guided him on negotiating the English bureaucracy and it’s infamous weather. When asked if he wasn’t afraid to leave home and everything and everyone he knew at such a young age, he said no, that he was starting to run with the wrong crowd in Barbados. His father primarily wanted to set him on a different path. There were family members in Brooklyn, New York at the time, but he is happy that he chose Birmingham. He lived at 144 Shenstone Road, Edgbaston, Birmingham, 16.

In Birmingham, Eustace studied at Handsworth Technical College starting in June 1961 and received his National Certificate in electrical engineering in September 1964.

After matriculating, he worked for eight years as a Technical Officer at General Post Office Telecommunications in Birmingham. Starting as a trainee in 1963, he rose to the position of Technical Officer through 1971.

Subsequently, he moved to the New York Transit Authority as an Assistant Electrical Engineer where he refined his skills until his retirement.

In New York, Eustace studied at the City College of New York where he obtained a bachelor’s
degree in electrical engineering in September 1983.

On January 4, 1993, Eustace was awarded a certificate in Financial Planning from Pace
University Lubin School of Business.

On January 5, 1994, Eustace was awarded a certificate in Estate Planning from Pace University
Lubin School of Business.

Eustace enjoyed a rich life in retirement. He dispensed wisdom to friends and family. His
fascination with Wall Street led him to a life of reading and understanding how the financial
markets worked. In retirement, playing and winning the lottery become a long term objective.

His ashes will be interred at St Luke’s Episcopal Church at St George, Barbados. A memorial service will be held on June 8, 2023.